At the beginning of 2021, the epidemic situation in various places has not dissipated, and some people may have to stay at home for some time due to the epidemic and cannot go out to work. And staying at home without financial resources must be very anxious.

But there are such a group of people, because there is a "generation bank" on the roof, they don't have to worry about staying at home.

On sunny days, the “generation bank” can generate electricity steadily and continuously. Not only can the generated electricity be used for free at home, the excess electricity can also be connected to the grid and sold directly, and there is money to sell electricity every month.

These people with "power generation banks" on the roofs still have a steady sunny income at home, which is really enviable!

You want to ask what is this "generation bank"? That is it-home photovoltaic power station. 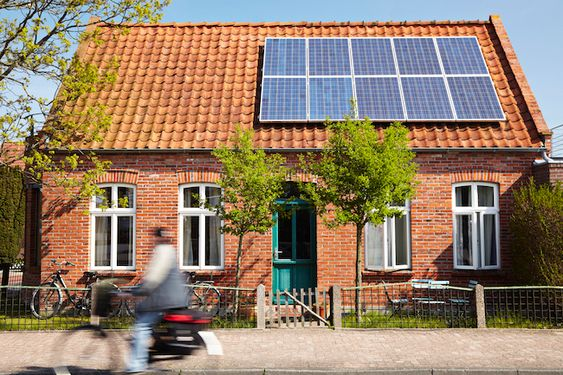 The rate of return of household photovoltaic power plants exceeds 10%

In Vermont, if you install a 10-kilowatt photovoltaic power station, it costs 6,000 US dollars to generate 12,500 kWh per year, and the annual return rate can reach 17.02%. It only takes 4.8 years to recover the cost at the fastest.

Options for stable income in 2021

The income of photovoltaic power plants is very stable. Why is it stable?

Secondly, as long as the power station is generating electricity, the home can use electricity for free during the day, and the unused ones are directly integrated into the national grid for sale. The national grid now encourages the integration of distributed photovoltaics into the grid, and monthly national subsidies and income from electricity sales are settled in time. Settle the money into the bank card.

In 2021, facing major changes that have not been seen in a century at home and abroad, the most important thing is to have money in the hands, or assets that continuously create money.  There is a set of photovoltaic power stations at home, and the power station on the roof can generate stable power generation, which can stably generate a profit from the power station, and save thousands of yuan in electricity bills at home, so that I can live comfortably and at ease.