Who is the leader in green hydrogen leadership?

Although the role of green hydrogen in a zero-carbon economy cannot be denied, it is still an emerging technology that has sparked many debates. Although the demand for green hydrogen is not controversial to a certain extent, with the global decarbonization, to what extent green hydrogen will be used, and in which fields and specific cases will it be used? The problem is not so clear. Green hydrogen can power fuel cell vehicles. Generally, green hydrogen is regarded as the best partner for the shipping industry, land freight vehicles and aviation industry. The industry is regarded as the main customer of green hydrogen, and green hydrogen can also be used for heating. In particular, it is worth mentioning that green hydrogen is beneficial to energy-intensive industries such as ceramics, steel, and cement. Green hydrogen is produced by electrolysis. By using electric current, electrolysis separates hydrogen and oxygen in water. This current comes from renewable energy generators, usually solar and wind power generation, but it is not limited to this. Green hydrogen is produced using renewable energy, so it is different from other forms of hydrogen. Blue hydrogen, which combines carbon capture and carbon storage, is produced from hydrocarbons and is also carbon neutral. Thanks to a favorable policy environment, commitment to large-scale projects, or a combination of these two factors, three markets are advancing by leaps and bounds in the competition for green hydrogen leadership. They are Europe, Australia and the Middle East. How is this achieved, and how does solar energy work? 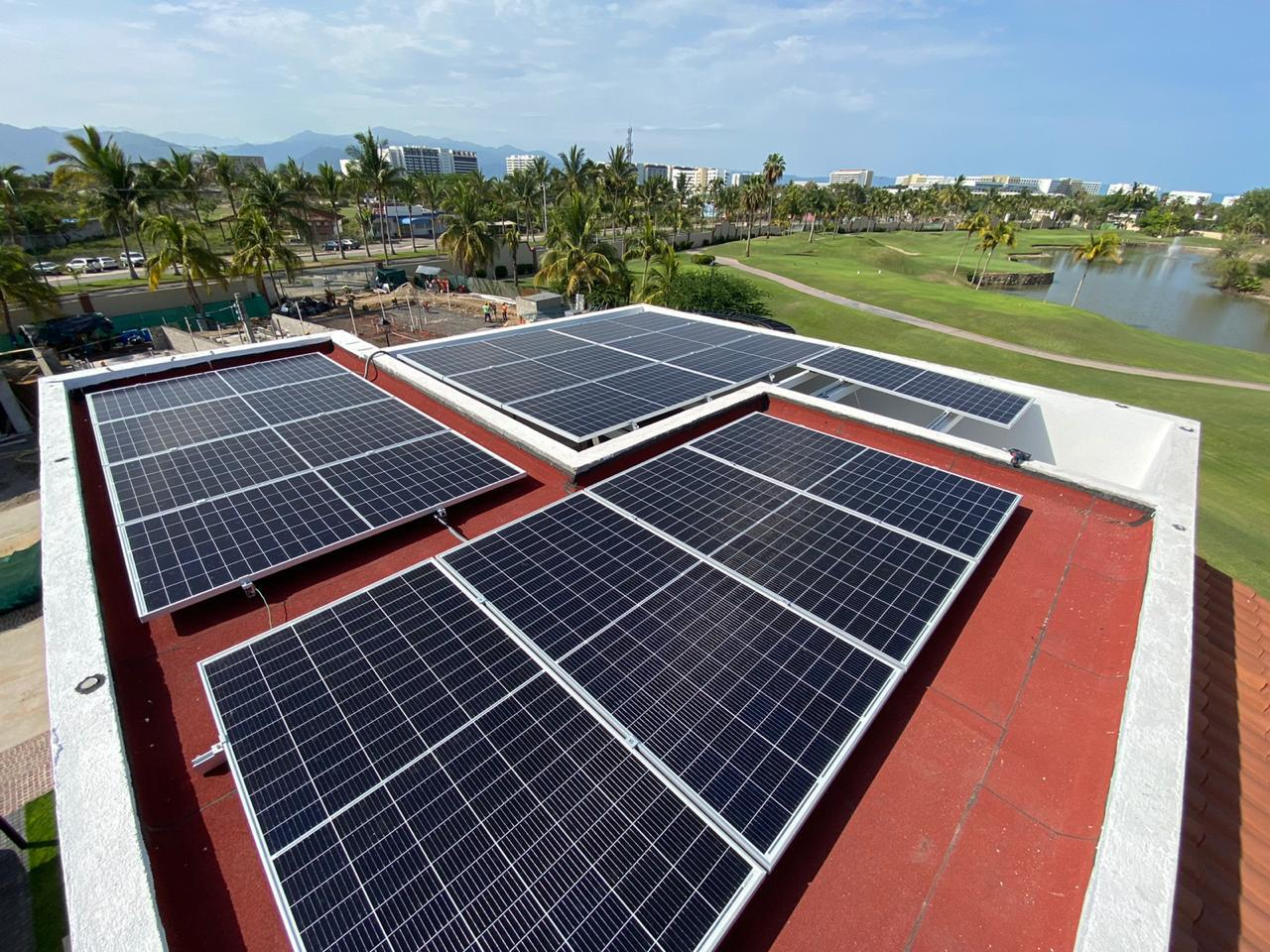 Some examples of green hydrogen projects that include solar energy can be found all over the world. In Scotland, Iberdrola’s subsidiary ScottishPower Renewables, natural gas specialist BOC, and ITM Power have jointly developed a project, part of which is a solar, 10MW electrolyzer and wind power supporting operation project.

In Singapore, under the Singapore Renewable Energy Convergence Demonstration Plan, Engie and Nanyang Technological University have built a microgrid that combines solar and hydrogen, wind, thermal, and energy storage technologies.

At the same time, giant companies in the solar energy industry such as Iberdrola mentioned above have also begun to act. The Spanish utility company announced that it has established a new business unit in September 2020 to be responsible for green hydrogen projects. Currently, the company is developing a project in Puertollano, southern Spain, which integrates 100MW solar photovoltaic, lithium-ion batteries and an electrolysis system.

But, compared with other forms of renewable energy, what makes solar energy an advantageous technology that can power electrolyzers? One of the factors that may affect the matching of the two is price cannibalization. In countries such as Spain and Portugal, since these markets are already heavily saturated with solar energy, it is difficult to push more solar energy into the system. Alexander Esser, senior business manager of Aurora Energy Research, said that by matching solar energy and electrolyzers, "hydrogen production directly under sunlight" can overcome this problem.

Esser also pointed out that due to import demand, the importance of solar energy in green hydrogen production will become higher, and countries with high industrial demand such as Germany need to import from southern countries such as Spain and Portugal. In the process of producing hydrogen and exporting hydrogen to Northern Europe, these countries will "play an important role". Because of the high level of the industry in these countries, this will be a "significant benefit" for solar energy.

The imported hydrogen does not only come from other parts of Europe. Australia and Germany have jointly funded a feasibility study on the use of renewable energy to produce, store, transport and use hydrogen. This project specifically studies the export of green hydrogen from Australia to Germany.

In fact, Australia is quite proud of its leading position in green hydrogen exports. Australia has signed agreements with Japan, South Korea and Singapore, but the cooperation with Germany is Australia's first exploration of exporting hydrogen to European countries. In announcing the news, Australian Minister of Energy Angus Taylor stated that Australia has "a natural competitive advantage and can become a global leader in hydrogen exports". It is estimated that by 2050, the hydrogen industry's exports will contribute an additional 11 billion Australian dollars in GDP per year .

In addition to import potential, underwriters often have site restrictions that are another driving force for solar energy in terms of green hydrogen. Esser gave the example of a steel plant. He said that in this case, “it is often the easiest to build a solar power station next to the site and then produce hydrogen” and is “the biggest advantage of co-location”.

However, the advantages of solar power depend largely on location. In desert countries where sunshine can be predicted and sunshine can be predicted every day, solar power can achieve high load rates. In the United Kingdom and other countries, the load rate of solar energy is about 15%. In contrast, the load rate of offshore wind power can reach 50%. According to Matthew Knight, the strategic director of Siemens UK and Ireland Energy, the power load rate is "electrolyte The most important cost driver in the field of hydrogen production". The company participated in the H2Future project in Austria and installed a 6MW proton exchange membrane electrolysis system in the Voestalpine Liz steel plant. The H2Future project has been in operation since 2017 and put into commercial operation in 2019.

When it comes to the cost of electricity, especially solar energy, it seems unclear at what price it needs to be produced to be truly viable. Knight stated that the price should be "as low as possible", but it is "difficult to tell" a clear number.

Christian Pho Duc, the general manager of Smartenergy's H2 project, said that the price of 50 euros/MWh is “high and not sufficient for all situations” and 30 euros/MWh is the “current benchmark”. However, prices below 20 euros/MWh or even 15 euros/MWh may become a reality in the next 5-10 years. Although a tender in Portugal hit a record low at a price of 13.9 euros/MWh, "there is currently no real independent business case based on the price itself."